At a time when facts can be mercurial, and information is hawked on the internet and in social media like just any other commodity, how does legitimate journalism—and particularly photojournalism—stand above so much chatter? How does legitimate media and the professional journalists they employ—skilled in discerning truth from innuendo and bound by professional ethics—present content that is perceived to have greater value and a more sincere effort at seeking truth than so much misinformation deliberately sent out on the internet to mislead and misinform an unwitting public?

Two leading scholars and two picture editors will engage in a lively discussion about these issues following a day of portfolio reviews with the first SDN Reviews.

$10 for general public.
The panel is free for registered reviewees and reviewers with the SDN Reviews and no registration is necessary.

Brooks started working for The Washington Post in 1983. He left in 2005 to become the Assistant Managing Editor for Photography at The Baltimore Sun. In 2007, he became the Photo Director for Jet and Ebony. He was the photographer for the first photo shoot with Barack Obama as the newly elected president of the United States. Brooks has won multiple World Press Photo Awards. 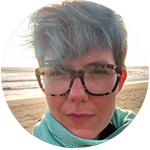 Natascha Chtena is the Editor-in-Chief at the Harvard Kennedy School (HKS) Misinformation Review and a Postdoctoral Fellow at the Shorenstein Center on Media, Politics and Public Policy at HKS. She is a former journalist and magazine editor. Her research is in the areas of scholarly publishing, open education, and the economics of information. 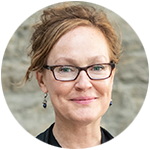 Beth Flynn is the deputy director of photography at The New York Times, where she also works with the investigations team. A graduate of RIT, she formerly worked as an editor at JB Pictures and the Associated Press before going to The New York Times. Beth co-authored the recent book Women of the 116th Congress: Portraits of Power.

Fred Ritchin
Dean Emeritus of the International Center of Photography 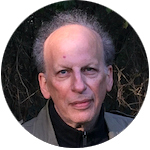 Fred Ritchin is Dean Emeritus of the International Center of Photography and previously was professor of Photography and Imaging at New York University. Ritchin served as picture editor of the New York Times Magazine, created the first multimedia version of the New York Times, and then conceived the Times’s first online documentary project, “Bosnia: Uncertain Paths to Peace,” nominated for a Pulitzer Prize in public service. His books on the future of imaging include In Our Own Image: The Coming Revolution in Photography, After Photography, and Bending the Frame: Photojournalism, Documentary, and the Citizen. Recently he helped found the online visual journal Fotodemic.org, conceptualized the Four Corners Project to provide greater context to photographs, and also launched TheFifthCorner.org, a resource for those interested in exploring and implementing the current paradigm shift in visual media.