Recipients of the 2022 ZEKE Award for Systemic Change

Sustainable Solutions to the Climate Crisis

Climate change is the greatest existential threat to life as we know it. It is now an undisputed fact among scientists that due to human activity since the dawn of the industrial revolution—and particularly the burning of fossil fuels—the earth’s atmosphere and oceans are warming causing both subtle and cataclysmic climate events.  Communities around world have been slowly recognizing both the causes and results of climate change and are changing habits and lifestyles to reduce our carbon footprint with the goal of halting the rapid advance of the destructive events caused by a warming planet. Recipients of the ZEKE Award for Systemic Change address these and other solutions that communities across the planet are embracing to lower global warming and prevent climate change from causing cataclysmic destruction of the global human community.

All winning projects will be exhibited in the SDN/ZEKE exhibition at Photoville this June in Brooklyn and featured in the spring issue of ZEKE magazine.

First Place is shared by: 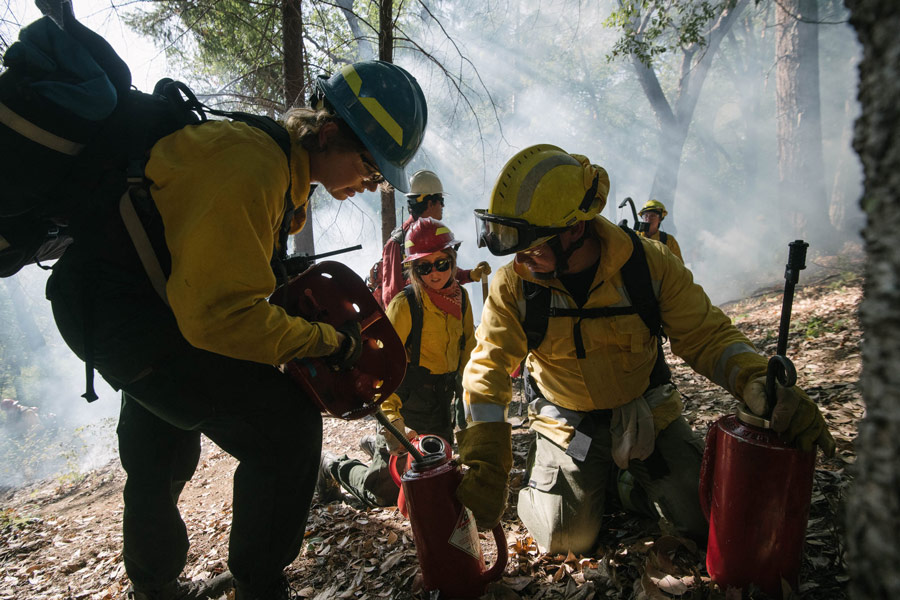 Despite the intense focus on apocalyptic wildfires raging across the American West, scant attention is paid to solutions to climate-change exacerbated wildfire. One in particular–fire-lighting rather than fire-fighting–has proven to be an exceptional weapon against a seemingly impossible opponent on a landscape-level scale. It's known as cultural fire. People like Margo Robbins and Elizabeth Azzuz of the Indigenous Peoples' Burn Network are training others in an ancient technique of ecological restoration, which is to safely light low-intensity fires in wet seasons that remove the small fuels on the forest floor. Not only does it effectively prevent wildfires from spreading, but it also performs a 13,000 year old function- the restoration of health of the forests of Northern California, the most diverse coniferous forests on earth. View full exhibit on the SDN website. 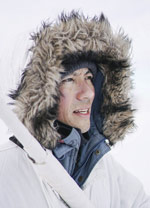 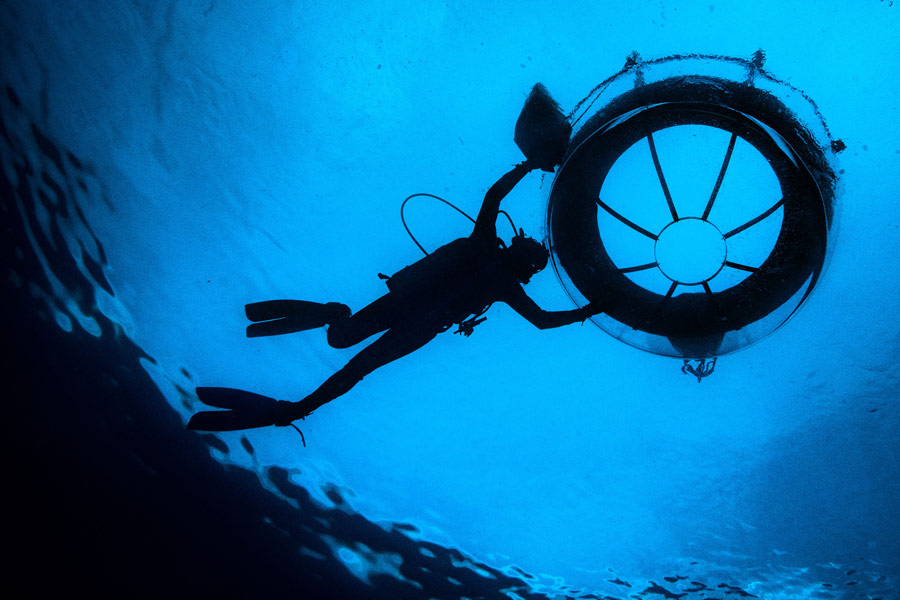 According to the Intergovernmental Panel on Climate Change, the desertification brought by climate change has extensively reduced agricultural productivity in many regions of the world. Current population projections predict a population of 10 billion by the end of the century, creating an additional two billion mouths to feed. It is urgent, then, to find an alternative method of cultivation to ensure an ecologically sustainable future. Nemo’s Garden—the world’s first underwater greenhouses of terrestrial plants—represents an alternative farming system dedicated to those areas where environmental conditions make the growth of plants almost impossible. The microclimate and thermal conditions within the biospheres are optimal for plant growth and crop yields. The encouraging results, where more than 40 different species of plants have been successfully cultivated, give us hope that we have found a sustainable agricultural system that will help us tackle the new challenges brought by climate change. View full exhibit on the SDN website. 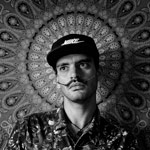 Five Honorable Mentions are awarded to: 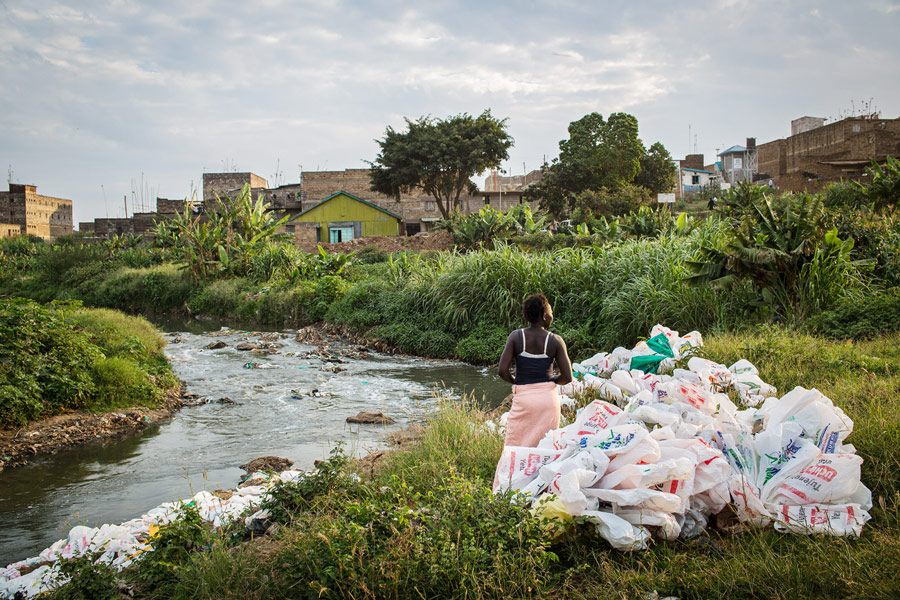 From the melting ice of Antarctica to the wildfires of Australia, Carolyn Monastra is drawn to precious and precarious places that mark the shifting boundaries between nature and the effects of our not-so-natural disasters. She has photographed the climate crisis on every continent. These photographs are from the “Solutions” chapter which features seemingly small measures taken by individuals bettering their communities to larger solutions like London’s Thames Barrier. Although significant carbon reduction is primarily the responsibility of governments and industry, the actions of individuals can give us hope. 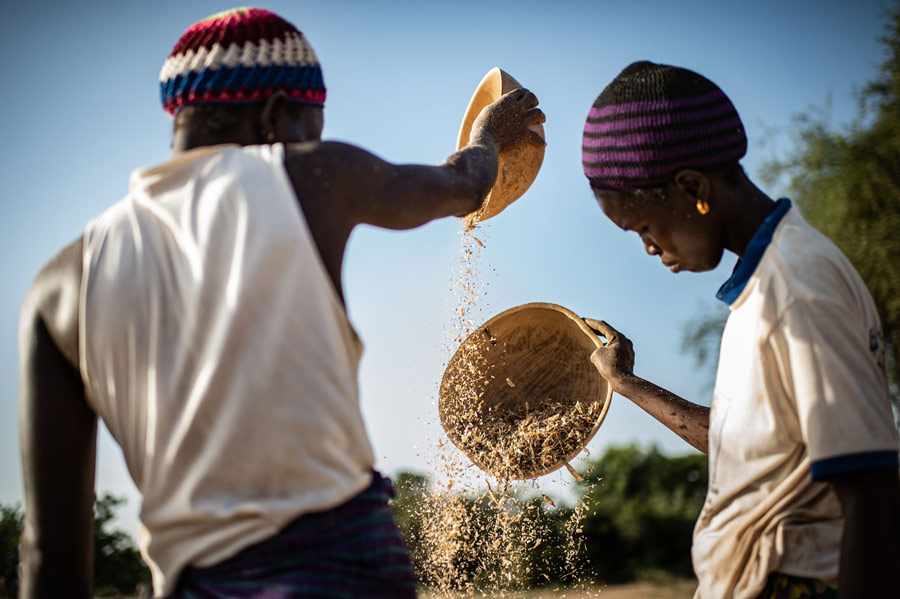 In Burkina Faso, an African country considered one of the poorest on the planet, desertification amplified by global climate change has made entire districts unusable for agriculture and forcing those who live there to migrate to neighboring states or to Europe. Projects implemented by international and local NGOs such as “Terre Verte" encourage and support traditional farming techniques. By applying a principle of “resilience” to these disastrous changes in the environment, numerous projects aim to make the desertified areas fertile, allowing local communities to cultivate them again, also trying to limit the phenomenon of “environmental migration”. In other areas of the country climate change has made the duration and intensity of precipitation unpredictable, making it often disastrous for subsistence farming. 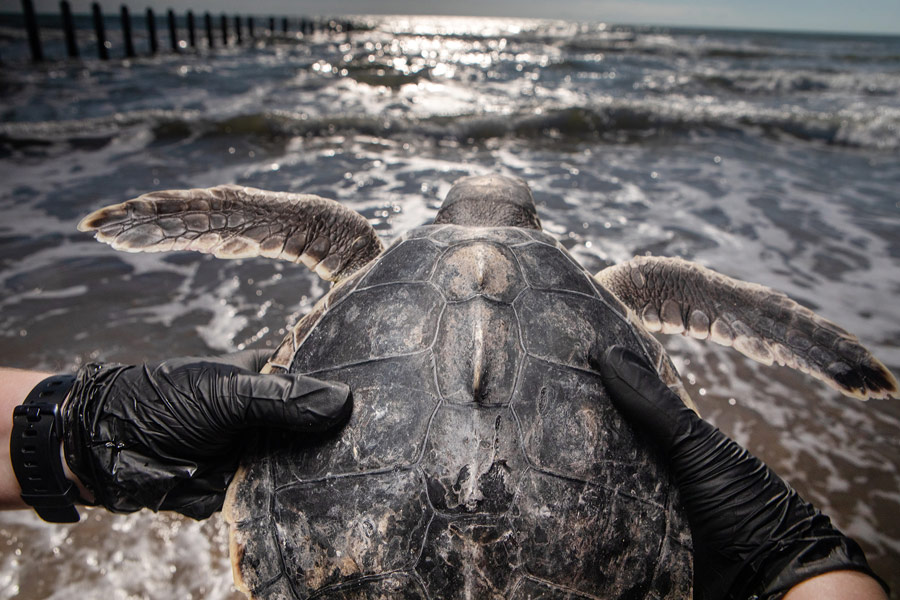 Five vans, one plane, two states, one thousand miles, four organizations, two hundred people and one… banana box. On average this is what it takes to save one little life—a Kemp’s ridley sea turtle. And when talking about the most endangered and smallest sea turtle in the world, it’s worth every effort. Without this monumental conservation collaboration across the eastern seaboard of North America, the Kemp’s ridley sea turtle might have gone extinct. In summer, the waters off of Cape Cod are warm, calm, and full of food, serving as a natural nursery for young Kemp’s ridleys. But as water temperatures plummet in winter, the turtles must migrate or perish. Many lose their way and wash up, cold-stunned, on the beaches. The phenomenon is the largest recurring sea turtle stranding event in the world. While it’s natural, the scale is new and may, paradoxically, be a product of successful efforts to recover Kemp’s ridley populations, in addition to the effects of climate change. The water temperature in this area is rising faster than 99% of other bodies of water throughout the world. Because of that, it seems like it’s drawing more sea turtles. Volunteers and biologists from the Massachusetts Audubon Society and the New England Aquarium are rescuing, rehabilitating, and flying the turtles to be released in warmer waters. 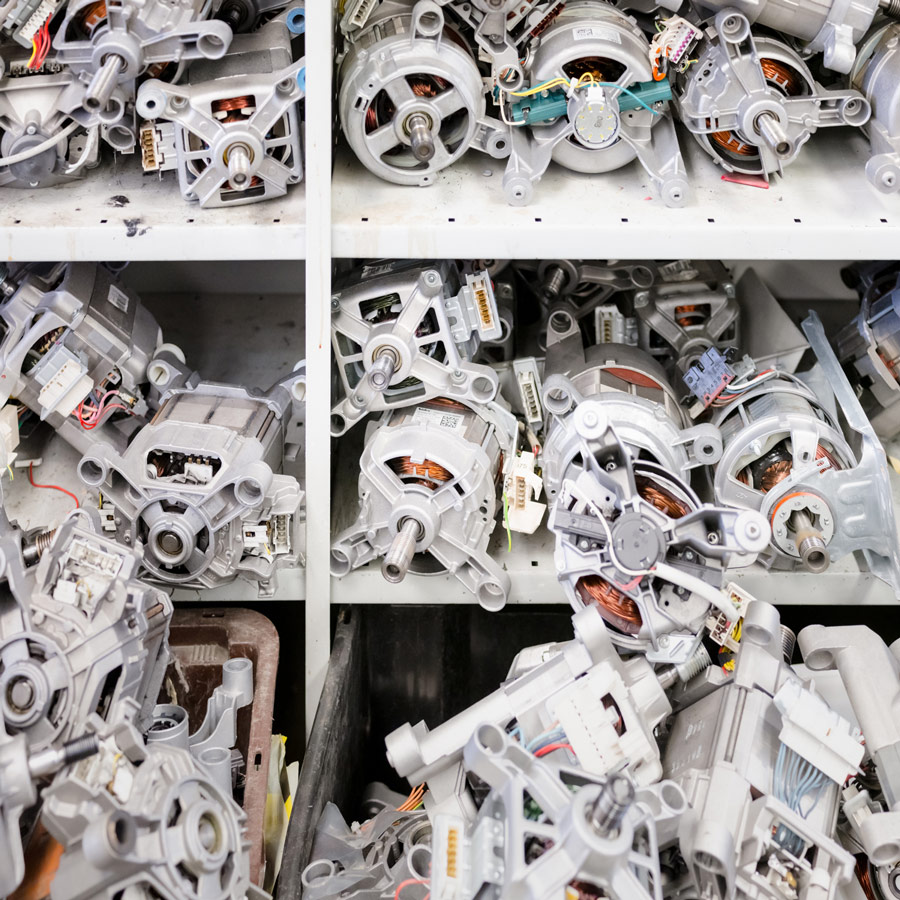 We now create nearly 55 million tons of electronic waste each year — our fastest growing waste stream. When we no longer want our electronic devices, or if we break them, the resulting waste creates tremendous environmental problems. Even bigger is the impact of the materials extraction to make all these electronic devices in the first place. More than 80% of electronics waste is not recycled properly; we do not even know where most of it ends up. Recycling only recovers a fraction of the resources consumed and can potentially create even more toxic waste. One solution is to make our products last longer, through repair, reuse, and refurbishment. This requires systemic change — in policy, capabilities, and culture— and has the potential to make a substantial positive impact in the consumption and waste of resources and the environmental damage caused by both. 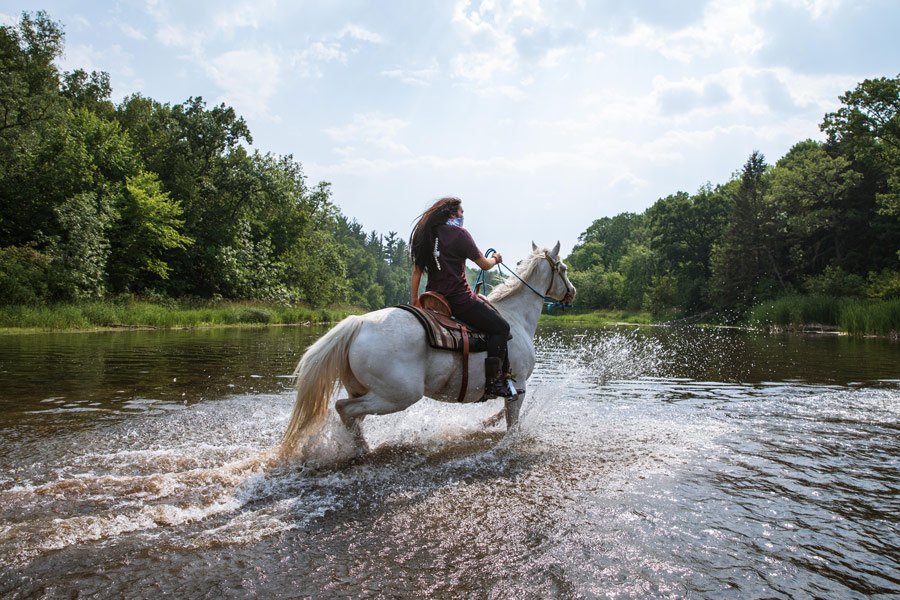 Black Snake Killers documents the Anishinaabe-led struggle against the Line 3 tar sands oil pipeline — referred to by activists as the Black Snake — during the final three months of Line 3’s construction. Line 3 was built by Enbridge, a Canadian pipeline giant, to carry over 800,000 barrels of crude oil daily from Alberta, Canada, to a port in Superior, Wisconsin, USA. Along the way it crosses wide swaths of Anishinaabe territory, where treaty rights grant Indigenous residents the ability to live, hunt, fish and gather. For almost a decade, Anishinaabe land defenders have fought Line 3, which has a carbon footprint equivalent to 50 coal-fired power plants. This is in addition to the greenhouse gas emissions of the tar sands transported by the pipeline. The Anishinaabe and many Indigenous environmental activists worldwide argue that restoring land to Indigenous stewardship — and keeping it out of the hands of fossil fuel companies — is a key means of preserving biodiversity and protecting our planet. 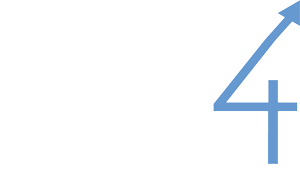