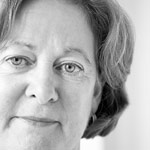 Michelle Bogre, the former Chair of the Photography Department and now a Professor Emerita, Parsons School of Design, is a copyright lawyer, documentary photographer and author of  four books. Photography As Activism: Images for Social Change, Photography 4.0: A Teaching Guide for the 21st Century, Documentary Photography Reconsidered: Theory, History and Practice, and The Routledge Companion to Copyright and Creativity in the 21st Century. Her writing revolves around the intersections of memory and history and how the documentary photograph will function in the 21st century.  She regularly lectures about copyright and photography. 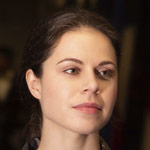 Marissa Fiorucci is a freelance photographer in Boston, MA. She fell in love with photography while working in biotech. After courses at the New England School of Photography, she became the studio manager for portrait photographer, Mark Ostow, and worked on major projects including a series of portraits of the Obama Cabinet for Politico. In 2018, she completed a Magnum Intensive Documentary Photography Course at the London College of Communication. She specializes in corporate portraits and events, but remains passionate about documentary. 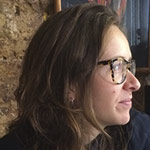 Caterina Clerici is an Italian freelance journalist and producer based in New York. She was awarded three Innovation in Development Reporting Grants from the European Journalism Centre for her multimedia work in Haiti, Ghana and Rwanda, published in TIME, The Guardian, Al Jazeera English and Marie Claire, among others. She worked as a freelance photo editor and producer for VR at TIME, and as an executive video producer at Blink.la.

In 2012, Ruga was one of three curators of the New York Photo Festival where he curated three exhibitions including work by Bruce Davidson, Platon, and Eugene Richards, Reza, and Lori Grinker. 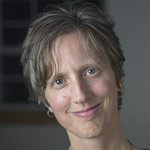 Kate Way is a veteran educator, photographer, and documentary filmmaker whose work is largely concerned with issues of public policy, education, and social and economic justice. She holds a doctorate in Language, Literacy, and Culture and a M.F.A. in Photography, and has taught and researched in schools and universities for the past twenty-five years.