Board of Directors
Reportage International, Inc.

Reportage International, Inc. is a nonprofit organization incorporated in Massachusetts in 2020 as the parent organization to the Social Documentary Network and ZEKE magazine. Our 501(c)(3) tax-exempt application was accepted by the IRS in March 2021. Click here for our authorization letter from the IRS. The Social Documentary Network, ZEKE magazine, and the Visual Literacy Project are projects of Reportage International. 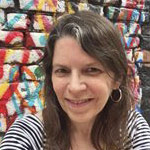 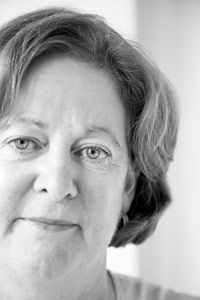 Michelle Bogre, the former Chair of the Photography Department at Parsons School of Design in New York, currently holds the title of Professor Emerita title from Parsons after a 25-year career teaching almost every type of photography class and a special class she developed on copyright law for artists and designers. She is also a copyright lawyer, documentary photographer and author of four books: Photography As Activism: Images for Social Change, Photography 4.0: A Teaching Guide for the 21st Century, Documentary Photography Reconsidered: History, Theory and Practice, and her most recent, The Routledge Companion to Copyright and Creativity in the 21st Century. She regularly lectures and writes  about copyright and photography. Her photographs and/or writings have been published in books, including the Time-Life Annual Photography series, The Family of Women, Beauty Bound, The Design Dictionary (Birkhauser Press, 2008) and photographer Trey Ratcliffe’s monograph, Light Falls like Bits. She is currently trying to finish a long term documentary project on family farms, published on Instagram as @thefarmstories, and a revision of Photography As Activism.

Lisa DuBois is a New York-based ethnographic photojournalist and curator. Her work focuses on subcultures within mainstream society. Her widely collected work on Black subculture in New Orleans is a demonstration of her deep love for history and tradition. She has exhibited her work both internationally and domestically, including at the Schomburg Cultural Center for Research in Black Culture, and at the Gordon Parks Museum in Fort Kansas. She has been interviewed on BronxNet, Nola TV, and Singleshot about her work. Lisa received a BFA from the School of Visual Arts and a degree in Metaphysical Science at the University of Metaphysics. As a freelance photographer, she has contributed to several major news publications and stock photo agencies including Getty, Post, and the Daily News. Lisa has been recognized by the Guardian and the New York Times for her work as a photographer and curator for X Gallery.  Her most recent project as creative consultant and curator for ArtontheAve helped to launch the first socially distanced outdoor exhibition along Columbus Avenue in New York City . Lisa is a member of Enfoco and a contributor to Social Documentary Network and Edge of Humanity magazine. Photo of Lisa DuBois by Eduardo Duarte. 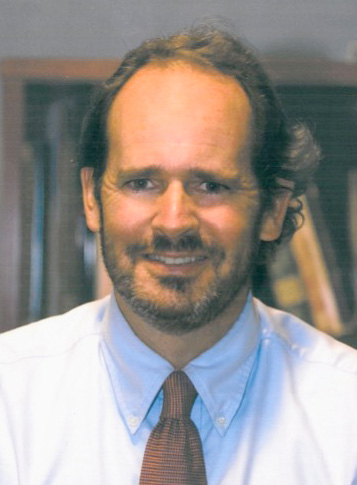 John Heffernan has over three decades of experience in non-profit leadership roles on five continents. He is currently the president of the Foundation for Systemic Change. Previously he served as: Executive Director for Robert F. Kennedy Human Rights’ Speak Truth To Power (STTP), the Director of the Genocide Prevention Initiative at the United States Holocaust Memorial Museum where he established the Genocide Prevention Task Force, Senior Investigator with Physicians for Human Rights (PHR) where he led three investigations to Darfur, Sudan and Afghanistan where he discovered a mass grave, and was the Chief of Party for the National Democratic Institute for International Affairs in Guyana, South America. He was the founding Executive Director of the DC-based Coalition for International Justice and served as Country Representative for the former Yugoslavia for the International Rescue Committee (IRC) and managed IRC’s refugee resettlement program in Khartoum, Sudan. John also served as the Vice President of the Business Council for the United Nations in New York City. He was a Coro fellow in San Francisco and has a Master’s from Columbia University’s School of International and Public Affairs and BA from UCSB. He is the board chair for Disability Rights International and is on the boards of the Dodd Center for Human Rights and the Educator’s Institute for Human Rights. 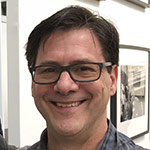 Eric Luden has been surrounded by art and photography all his life. After graduating from Boston College, Eric worked in the professional retail photo industry as well as a commercial and fine art photographer. In the 1990s, he served as a consultant to Eastman Kodak’s education division and later joined Ilford Photo where he worked for the next 13 years. At Ilford he gained a profound knowledge of photographic processes, photography labs and the needs of the photographic community. When he left Ilford, he was VP of Marketing for Ilford’s parent company, HARMAN Technology.

In 2008, Eric left Ilford to start his own company, Digital Silver Imaging (DSI), in Belmont, MA. Over the past 11 years, the lab has grown and earned an international reputation as a fine art printing company. During that time, Eric has worked with many noted photographers, galleries, museums, and institutions. Digital Silver Imaging has been a sponsor for Look3, Photoville, Palm Springs Photography Workshops and the New England Portfolio Reviews.

In 2015, Eric began a partnership with Photoville that continues to grow each year. DSI has collaborated with SDN and numerous artists, including VII Foundation, Blue Earth Alliance, Catchlight, MFON and many others to help bring their exhibitions to life during this two week festival in Brooklyn. Eric continues to support many areas of documentary photography. DSI has been the host for SDN’s “Documentary Matters” series of presentations since the program was founded in 2016.

In addition to DSI, Eric serves on the Board of Directors at the Griffin Museum of Photography and is a member of the advisory committees at Lesley University College of Art & Design and at New England School of Photography. He lives in Cambridge, MA with his wife, J. Sybylla Smith, an independent photo curator and consultant.