View from COP26
And what it means for visual storytellers

Three visual storytellers who showed work at COP26 (the United Nations Climate Conference) in Glasgow earlier this month—Federico Cruz, Virginia Hanusik, Greg Kahn, and Michael O. Snyder—will reflect on the outcomes of the conference and especially what it means for other photographers and filmmakers.

The future is no longer about documenting only the consequences of global warming—floods, fires, hurricanes, rising seawater, and other environmental anomalies—since this is all now a known fact. Scientists and image makers must now also focus on researching and documenting solutions that communities across the planet are beginning to embrace to lower global warming and prevent climate change from causing cataclysmic destruction of the global human community.

Not to be overlooked is how the world must address global inequities and recognize that often nations that contribute the least to greenhouse gases are the ones that will be first to become uninhabitable due to rising sea levels. What does this mean for visual storytellers over the next few years as the world debates the proper way to move forward, or not?

Michael O. Snyder is a photojournalist and filmmaker who uses his combined knowledge of visual storytelling and conservation to create narratives that drive social change. He is a Climate Journalism Fellow at the Bertha Foundation, a Portrait of Humanity Award winner, a Decade of Change Award winner, a Blue Earth Alliance Photographer, a Society of Environmental Journalists Member, and a National Geographic Contributor. He holds an MSc in Environmental Sustainability from the University of Edinburgh, Scotland and a BSc from Dickinson College. Through his production company, Interdependent Pictures, he has directed films in the Arctic, the Amazon, the Himalaya, and East Africa. His journalism work has been featured by outlets such as National Geographic, The Guardian, The Washington Post, VOX, BBC, PBS News Hour, Roads & Kingdoms, High Country News, Condé Nast, Orion, and NPR. Snyder’s projects are often built through partnerships with nonprofit organizations and harness the power of positive storytelling in order to shift the narrative about what it means to live well on this planet without destroying it. Originally from a small town in Appalachia, Snyder has lived around the world including long-term stints in Scotland, Japan, Hawaii, and New Zealand. He currently resides in the shadow of the Blue Ridge Mountains of Virginia with his wife and two children.

Fede is a storyteller, filmmaker, and land defender based in Mexico and Guatemala. He works with social movements and communities to develop narratives that respond to day-to-day struggles, and that dismantle oppressive structures.

During his Bertha Climate Challenge Fellowship, Fede worked with Andrea Isabel Ixchiú Hernández (journalist Fellow) to share three stories of resistance told by women. Their work focuses on the intersection of organized women, Indigenous rights and territory with an emphasis on water, land and governance.  Fede was recently an observer delegate and speaker at the United Nations Climate Conference (COP26), where he shared stories from the front lines of climate change and championed Indigenous land management solutions.

Along with the three films, Andrea and Fede also organized ‘Curra da Terra’, an online gathering of more than 267 Indigenous women from 116 Indigenous nations in 37 different countries. The event called on Indigenous women from around the world to share their experiences of resisting profit-driven destruction of Indigenous territories, and the violence that accompanies it. 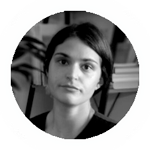 Virginia Hanusik is an artist whose projects explore the relationship between landscape, culture, and the built environment. Her work has been exhibited internationally, featured in The New Yorker, National Geographic, British Journal of Photography, Domus, Places Journal, The Atlantic, MAS Context, and Oxford American among others, and supported by the Pulitzer Center, Graham Foundation, and Mellon Foundation. Her recent work on climate change has been featured at Columbia University, NYC Climate Week, and the United Nations Climate Conference.  She has lectured at institutions including Bard College, New York University, and Rutgers University about landscape representation and the visual narrative of climate change, and is on the board of directors of The Water Collaborative of Greater New Orleans where she coordinates multi-disciplinary projects on the climate crisis. Her current body of work examines flooding and the politics of disasters in the Mississippi River watershed. She is a 2020-21 Photography Fellow with Exhibit Columbus and lives in New Orleans.

Greg Kahn is an American documentary fine art photographer. Kahn grew up in a small coastal town in Rhode Island, and attended The George Washington University in Washington D.C. In August 2012, Kahn co-founded GRAIN, a photography collective. Kahn's work concentrates on issues that shape personal and cultural identity. His Pulitzer Prize nominated project, “It’s Not a House, It’s a Home,” explores how the foreclosure crisis in Florida defined a new class of homelessness. His recent project in Cuba considers how governance molds individuality. And in Kahn's ongoing project 3 Millimeters, the quiet depletion of land is the catalyst for the evolution of the inhabitants’ identity. 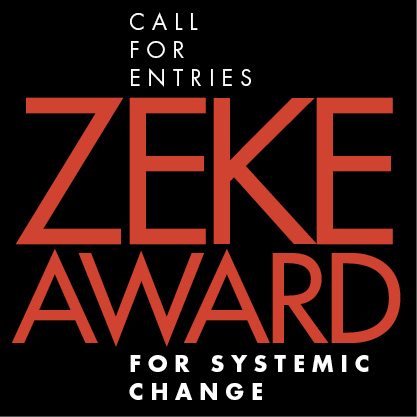 In partnership with the Foundation for Systemic Change, SDN will award two photographers the ZEKE Award for Systemic Change and a $2,500 honoraria to recognize their outstanding work documenting systemic changes leading to sustainable solutions to the climate crisis. First-place winners will also be featured at Photoville, in ZEKE magazine, and in a traveling exhibition.

For more information and to enter »

Documentary Matters, started in 2016, reaches a global audience and draws on accomplished photographers from all parts of the world to present their work and foster discussion. Presenters have included internationally renowned photographers such as Ed Kashi, Jamel Shabazz, Susan Meiselas, Rania Matar, and Barbara Davidson as well as photographers local to the Boston area.